Since May when I realized more online income could keep me from going back to full time hours, I’ve tried to squeeze as much work into online income generating activities as possible. Earning more money online is HARD but ultimately it’s a great option if I want to stay home more with my little one.

In June that didn’t necessarily pay off in income earned but it set a good foundation for coming months.

Growing my online income is so important to my current financial goals and that focus matters so much to my family right now!

I’m sharing my online income reports as a YouTuber (my main priority these days even though I started years ago as a blogger) to show people that it is possible to make money online. Lots of people want to know how much small youtubers make and if you can make money from a small YouTube channel.

I’m a small YouTuber that started just so I could share videos of my Alaska vacation, but it’s turned into so much more than that.

My original goal was to earn at least $600 dollars a month to help pay for the additional daycare expenses for my daughter. I knew that earning money online was possible because I had done it once before as a blogger and I had seen hundreds of others do the same and more. If people could earn tens of thousands a month online, surely I could earn $600 a month.

While I’m not earning a full time income online I am happy to show that I’ve grown my income to hit that goal each month and I’ve been able to help a lot of people along the way. It’s amazing that we can earn money creating and sharing content online.

If you’re interested in past income reports, you can see my last few here:

I like sharing these numbers to show small youtubers what is possible with a channel that isn’t huge or growing by hundreds of thousands of subscribers in a year. While that would be amazing, it is possible to still earn income as a small channel.

Seeing these numbers in this format helps me to see the growth I’ve already had and inspires me to keep growing.

Here are the main income sources broken down by what I earned for the month. I’ve included referral links to each if you want to join too!

This is the amount earned in May 2019, before any fees, expenses, or taxes.

That means I don’t keep all of it it and at least 25% will be gone before it hits my bank account. I also won’t be paid all of it in the month it is earned since each source pays out at different times.

In June I worked on a few different priorities both growing income sources I already had and creating new ones.

Implemented a few immediate tweaks I learned from Making Sense of Affiliate Marketing.

Overall I’m happy with the Making Sense of Affiliate Marketing course so far because it’s helped me focus into a better direction. I still have so much to implement from the course that my biggest struggle is time to do it all.

I opened my Etsy shop at the very end of June after dragging my feet all month due to being scared. I opened with a few debt freedom payoff charts and “Christmas in July” planner products. I’m super happy with the printables I’ve created so far and hope to continue adding new ones.

Just getting started on some products I can sell is exciting and I’m thrilled to open up another source of income for future income reports. Even if it’s not a huge success money wise I’ve learned that every little bit adds up! My goal for July is 10 more products and at least 10 sales.

I’m now meeting semi regularly with a group of other YouTubers who are wanting to grow their online income. We are all somewhat similar in size, topic, etc. I think currently I’m earning the most but others have faster growth and we all have something to learn and teach each other.

So far it’s a very positive experience and one of the big reasons I’ve been able to get out of my comfort zone and push myself to want more from my channel.

Time to celebrate some things that went right with online income!

Like I’ve mentioned, my first goal was to get to earning at least $600 a month, which represents what we pay in daycare costs each month (even though it now is directed at our student loan debt snowball).

I’ve been hitting that amount and more each month for this whole year. Hitting around $800 a month is a lot of money that I wasn’t otherwise generating before so I want to make sure I’m proud of that accomplishment even as I want more and want to get to the next level.

Getting out of my comfort zone.

One of my bigger wins in June was not a number at all, but a mindset and actions behind it. I got myself out of my standard comfort zone in June and forced myself to try new things that were scary to me.

I did things like a mastermind group and creating a product to sell that scared me.

My YouTube income was slightly lower this month despite more views and higher watch time. Why’s that? I did more vlogs and non finance content. That type of content does not pay as well because advertisers have higher CPMs for financial related content.

This was pretty eye opening for me, even though I knew that was the case. Do I really want to work twice as hard on content that makes less money? Or do I want to focus in on the budgeting & money topics that my audience wants to see and YouTube pays better for creating? Obviously I need to think about what I really want my channel to be and where I want to spend my time. Since the time I do have is so limited, obviously I want to make it count.

Things I did well in June: consistent video production making at least 3 videos per week. I wanted to be more consistent in making videos and I definitely achieved that.

I also did a collab video with two other YouTubers that gave me a little spike of 60-65 subscribers. I think doing more collabs will be an ongoing push to reach new audiences that might like my content. I’m responding to collab requests with more positive responses than ever before.

What I’m Working On Next

So what’s on tap for June? I’ve got a few things planned:

Grow the products in my Etsy shop. I opened an Etsy shop at the very very end of June. I didn’t promote it until July had started and I didn’t have many products when I opened. A goal in July is to double the number of products, or at least add 10 more.

Implement what I’ve learned. In June I was focused on my Etsy shop so I wasn’t able to fully pay attention to affiliate marketing. After taking Making Sense of Affiliate Marketing I had pages and pages of notes and ideas to implement. I plan to start working on the strategies I noted to prepare for December when affiliate marketing income is high.

Thanks for reading/watching/following along with this online income journey!

Welcome to Pennies Not Perfection! I’m Mary, your friend & financial motivator. Over the years I’ve paid off debt and taught myself how to manage money. I’m not an expert but I’m here to encourage you to learn about money and take action too. You don’t have to be perfect to win with money, you just have to try. 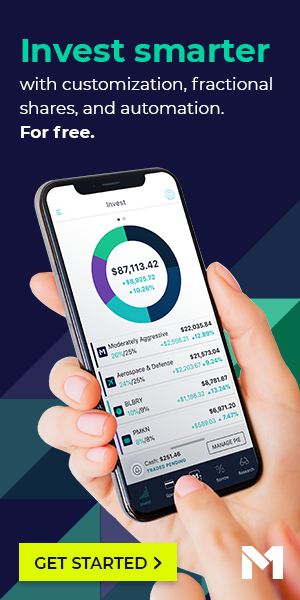