Why does The Psychology of Money stand out as so memorable?

After you’ve read a few personal finance books it can feel like you’ve read them all. Most repeat the same concepts about frugal habits, paying off debt, and investing.

The Psychology of Money stands out among these books because it dives into deeper themes not typically covered in financial books.

Through 19 short stories exploring the way people think about money the book teaches you how behavior and thought patterns influence financial decisions.

The math of handling money is easy, but the emotions and thought patterns we all encounter in our own minds is much harder.

Haven’t read it yet? Get The Psychology of Money here.

Best Quotes From The Psychology of Money

I’ve broken down these quotes into topics like wealth, financial risk, and emotions and money. Hopefully these quotes help you think through some of the topics the drive all of our money decisions.

Morgan Housel covers a lot of topics other personal finance books ignore or just briefly touch on the surface. Diving deep into greed, happiness, and ego will cause a lot of self-reflection while you read.

Which quote from The Psychology of Money by Morgan Housel made you pause to reconsider something?

Looking for more financial inspiration? Check out these posts: 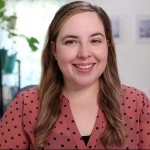 Mary is the founder of Pennies Not Perfection where she shares her journey to build wealth through online income. She quit her day job in 2021 after she paid off her debt and doubled her 9-5 salary.

Mary's favorite free financial tool is Personal Capital. She uses their free tools to track net worth and work toward to financial freedom.

Her favorite investment platform is M1 Finance, where she built a custom portfolio for free with no fees. She shares her portfolio growth and savings progress every month on YouTube.

Hi! I’m Mary! I started a YouTube side hustle, paid off debt, got my finances together & quit my job.

Now I help woman with side hustles and money management, without trying to be perfect.